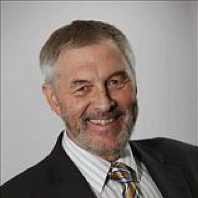 Dr Richard Simpson OBE is a retired GP and Consultant Psychiatrist but remains a fellow of the Royal Colleges of General Practitioners and Psychiatrists.
He is currently an Honorary Professor at Stirling University attached to the Nursing Midwifery and Allied Health Professionals Research Unit. He is also a Visiting Professor at the St Andrews University Medical school.

He is a trustee of the Thomas and Margaret Roddan and the St Andrews Clinics for Children charities.
He is a patron of Trellis (Scotland’s national therapeutic horticulture organisation)
He was elected as the first member of the Scottish Parliament for Ochil in 1999 and served as a Justice Minister in the first session. He then served as shadow Public Health Minister for nine years until his retiral in 2016.