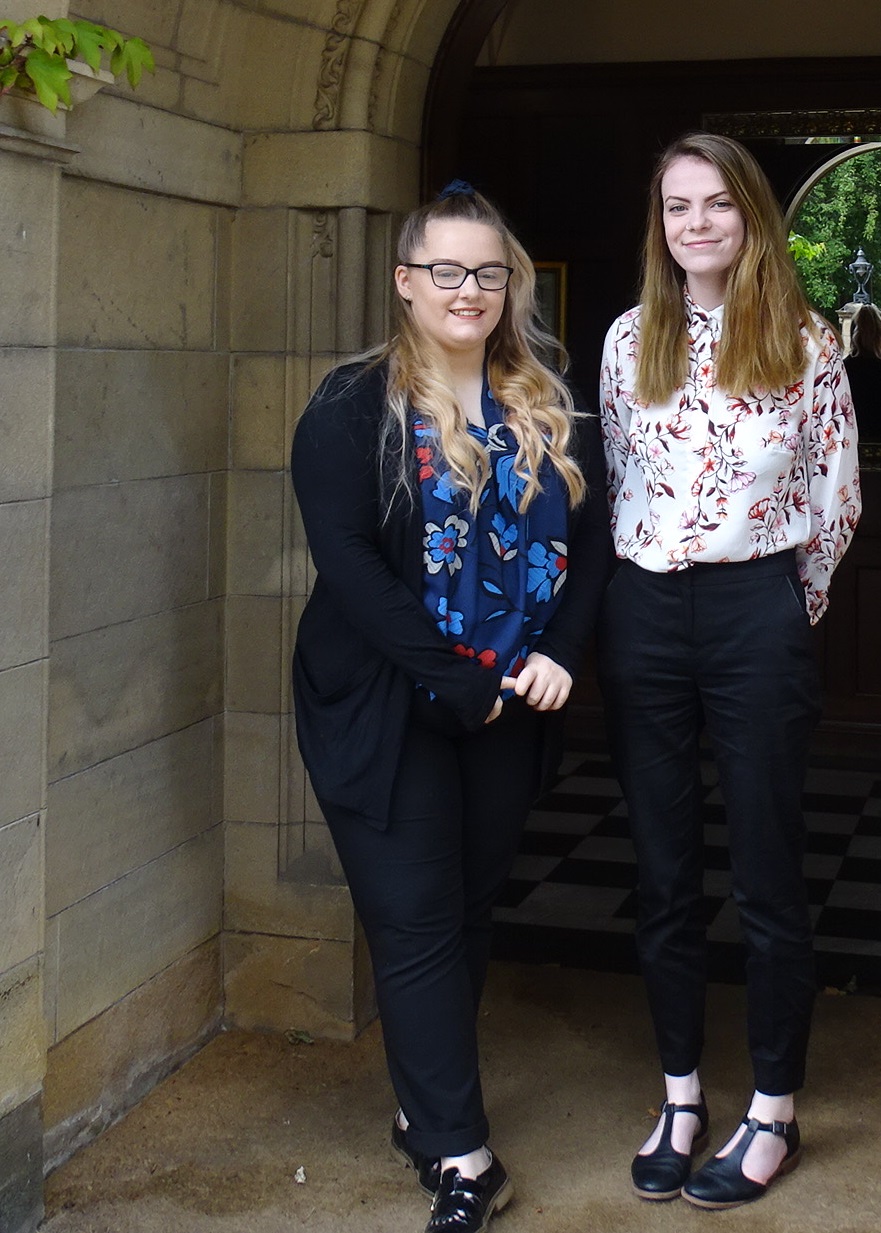 I have been given the opportunity to have a 4-week internship with Ceteris. This opportunity was through Career Ready and I managed to get on to the programme through my school allowing me to be mentored by Stuart McCusker.

During the first week we were at Gean House for two days. On the first day in the morning Lauren was in the Business Gateway section and had begun research on our final project looking into comparing Gean House to other local hotels. So first of all, in that day Lauren begun bringing together a list of all hotels in the areas of Alloa, Stirling and Falkirk and collating a list of events they hold. During the afternoon Kiara had finished the list and had started looking into prices of wedding at Gean House and all of the other hotels that were listed.  On the first day at Gean House Kiara had been working on reception with Elaine and assisted her setting up rooms for conferences going on that day. We had now switched roles again so Lauren was down at reception and was helping organise the event that was ongoing later on in the week.  This involved the cleaning and organising of utensils and setting up rooms for conferences.

The second day at Gean House we were both placed in Business Gateway.  In the morning both Lauren and Kiara were carrying out phone calls to current tenants regarding the tenant survey and encouraging them to complete the survey. This involved Lauren phoning the units and Kiara phoning the serviced offices and getting their email so we could send them the link to the survey. In the afternoon, we both carried on with collating our hotel research. Lauren had started her research into the prices of functions such as graduations, funerals etc. Kiara had moved onto looking into prices of overnight stays within the local hotels.

For the second week of our internship we had been placed at Gean House/Business Gateway for the week. Within the week we had finished our hotel research and brought it together in the form of a presentation. Also, we both had finished calling all of the local tenants which allowed us to gain information on what they think of the standard of our service. Being at Gean House also allowed us to be part of the behind the scenes of a wedding that was taking place. Whilst at Gean House we also had a photoshoot with water bottles that were gifted from the Royal Bank of Scotland. This was done as a giveaway prize for people to win them, and it was part of ClacksWise.

After that we followed up with a reminder email to the tenants that hadn’t yet completed the survey asking them if they would complete the survey.  At our time at Gean House we also started a project that was involved with Google Analytics. This involved Lauren and Kiara finding out how many unique page views there was on a 18-month basis. Lauren also found out what the top 10 pages viewed each month and Kiara found out how many views each of those pages got. From the week at Gean House I learned all the different aspects of support that Business Gateway offer. At Gean House I also realised being a receptionist entails a lot of different jobs.

During the first week we were at Alloa Business Centre on Monday, Thursday and Friday.  We also spent the last 2 weeks of our internship there as well. On the first day in the morning Kiara was at reception and in the afternoon Lauren was placed at reception.   Whilst at reception we helped set up a lunch, sort through the mail and emails.

For the second day, Kiara was there all day and spent the morning on reception and in the afternoon Lauren had joined her and both were based with Ceteris Property in the Business Centre. While in the property section we had done filing for different tenants and folders they had. On the last day of our first week Kiara and Lauren we were there all day and the morning was spent doing phone calls to tenants and sending emails.  This was also carried on to the afternoon however, in the afternoon attended a lunch that was being held and help set it up.

Moving on to the third week Lauren and Kiara had carried on trying to reach tenants and had doubled the response rate from the first week.  However, as the week moved on we still hadn’t gotten any more responses so the result was that there were 39 responses from serviced offices and 17 from the units. During the week, we also finished the hotel research and that was sent off to the Hotel Manager at Gean House so they can see the results we found. At the Business Centre Kiara and Lauren have also wrote a blog and this is what you are reading just now.

We have also done a PowerPoint regarding the results from the tenant survey and this will be presented on Thursday of the last week. Lauren has also carried on with Google Analytics and researched how people accessed the Ceteris website and Kiara researched how long people would stay on the website.

During the third week, we also got taken on a tour of all the properties that Ceteris owns and got to spend time specifically in Springfield House.

Now that we have moved on to our last week of our internship both Lauren and Kiara are making finishing touches to our blogs. The PowerPoint has also been finished and we have had a rehearsal of presenting it in front of people. On Thursday, it is getting presented in front of both our mentors within the Ceteris company which for Lauren is Stuart McCusker and for Kiara it is Angela Ogilvie.

We will also be presenting in front of Margaret Mary Rafferty, the Managing Director of Ceteris, Eva Gardiner, Tracey Kennedy and Miss Sinclair from St Modan’s.  I have learned from being at the Alloa Business Centre that Ceteris have lot of different properties that they can rent out to people.

As part of our internship we also got to go to The e-Centre for shifts. On the first day Lauren went in the morning and helped at reception with Cathy when she helped sort the mail and set up a conference room. In the afternoon Kiara was there with Zoe helping organise files. On the second day Lauren was placed at reception with Cathy. While there she helped set up for an event that was ongoing and for one later on in the day. Also, on that day Lauren got to test the fire alarm and go through the process of detecting a fire. From this experience Lauren learned that there is a lot of behind-the-scenes actions that get on for an event.

Overall the experience at Ceteris has helped me a lot. It has allowed me to gain confidence within myself, develop my skills and learn additional ones.